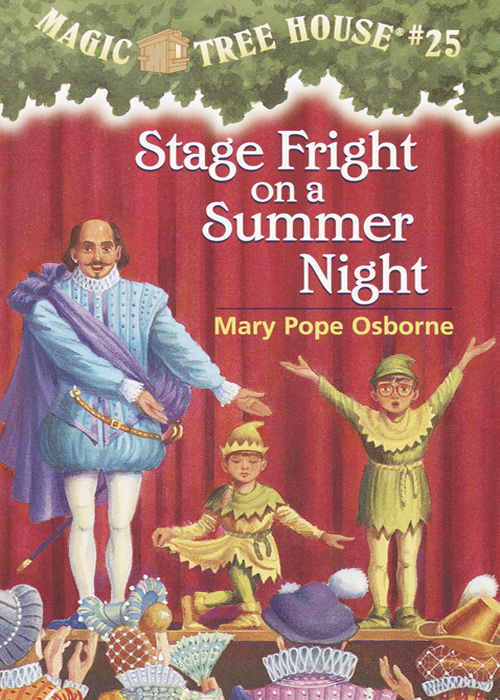 to spin.
The wind blew harder and harder.
Then everything was still.
Absolutely still.

Warm daylight flooded into the tree house. Jack opened his eyes.
Annie was wearing a long dress with an apron. Jack was wearing a shirt with puffy sleeves, knee-length pants, and tights. Their shoes were leather slippers. Jackâs backpack was now a leather bag.
âThese clothes are weird,â said Jack. His voice was nearly drowned out by the sound of thundering wagon wheels coming from below.
âWhatâs going on?â said Annie.
She and Jack looked out.
The tree house had landed in a patch of trees near a wide brown river. Wagons, carts, and people were heading toward the river.

Ferryboats, sailing ships, and white swans glided across the water.
âWow, itâs so busy,â said Annie.
Jack opened their research book and read:
In 1600, over 100,000 people lived in London, England. At that time, England was ruled by Queen Elizabeth the First. She was much loved by her people.
âA queen? Cool,â said Annie.

Jack took out his notebook and wrote:

âIâve never seen a bridge like
that,
â said Annie, looking to the left.
Jack looked with her. A giant stone bridge crossed the river. The bridge looked like a small town. It was crowded with houses, shops, and even a church.
Jack found a picture of the bridge in their research book. He read aloud:
At the heart of London was London Bridge. The bridge crossed the Thames (say TEMZ) River. At different times in history, the bridge fell down. But it was always built again.
âOh, wow,â said Annie. âThat must be where the song comes from.â She sang, âLondon Bridge is falling down, falling downÂ â¦Â .â
While Annie sang, Jack took out his notebook and wrote:

âLetâs go look for the magic,â said Annie. She read Morganâs note again:
To find a special magic,
You must step into the light
And without wand, spell, or charm,
Turn daytime into night.
Jack squinted up at the sky. It was very blue, without even a cloud.
âItâs just not possible,â he said, shaking his head.
But he threw the research book and his notebook into his leather bag. Then he followed Annie down the rope ladder. When they reached the ground, they started walking toward the river.
âP-U!â Annie said, holding her nose.
The river smelled terrible.
No one else seemed to mind the smell, though. People were cheerfully piling into ferryboats or heading for the bridge. They all seemed happy, as if they were going someplace fun.
A group of ragged boys brushed past Jack and Annie. They were about twelve or thirteen years old. They were laughing and out of breath.
âHurry! Weâll be late!â one shouted.
The boys ran toward the stone gateway leading onto the bridge.
âLate for what?â said Annie. âWhatâs on the other side of that bridge? Why are they in such a hurry to get there?â
âI donât know,â said Jack. He pulled out their research book. âIâll see what the book says.â
âNo, letâs just goâor
weâll
be late!â said Annie. She took off running.
âOkay, okay,â said Jack.
He put away the book and ran after her toward London Bridge.

Jack and Annie passed under the stone gateway that led onto London Bridge.
As they started across, Jack was amazed. The bridge was so noisy and smelly! Wagon wheels rumbled like thunder over the cobblestones. Pots clinked in carts. Horses neighed. Shopkeepers shouted.
âGood pies!â
âHot peas!â
âNew pins!â

âShoes! Soap! Salt!â
A shopkeeper caught Jackâs eye. âWhat lack you, boy?â he shouted.
âNothing, thank you,â said Jack, and kept walking.
âWatch out!â a cart driver yelled.
Jack grabbed Annieâs hand. He pulled her out of the way. The cart rolled past them over the narrow roadway.
âLook!â said Annie. She pointed to a bear in a wooden cage in the back of the cart. The bear had matted brown fur. His head was down.
As the cart rumbled on, Jack shook his head. âWhat next?â he said.
âThem,â
said Annie, looking up.
She pointed at huge black birds sitting hunched at the edges of the rooftops. The birds sat still as they stared down at all thecarts and animals and people crossing London Bridge. Jack shivered and moved quickly past the gaze of the 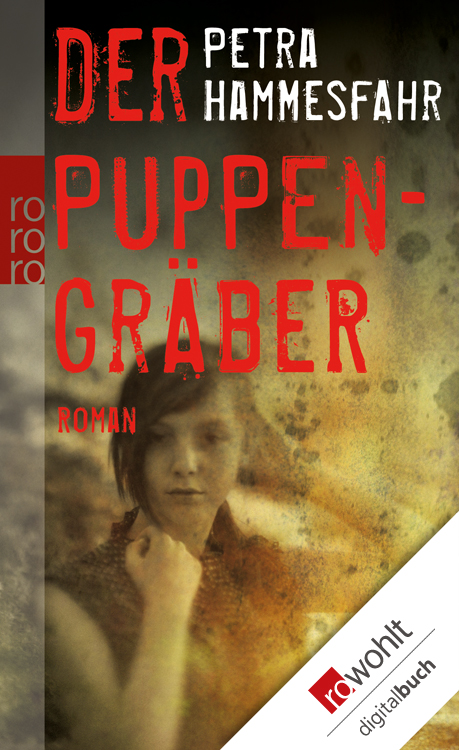 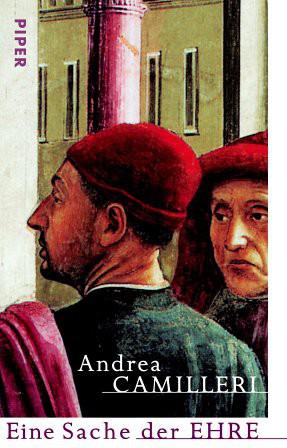 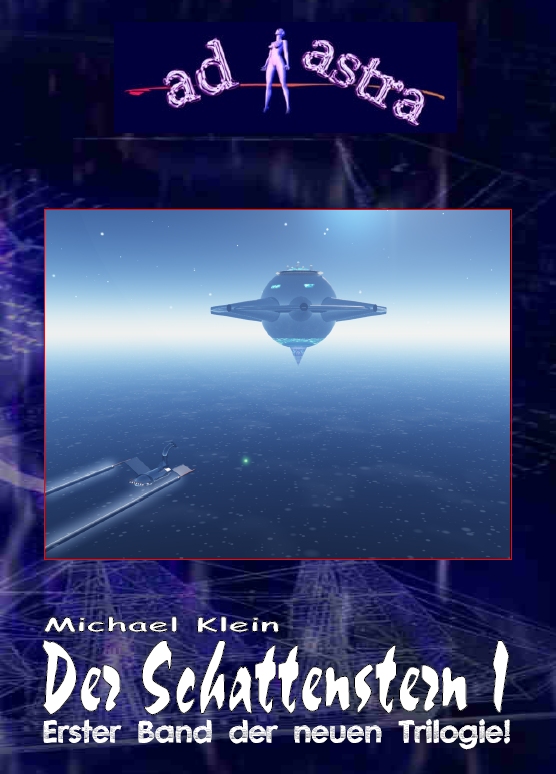 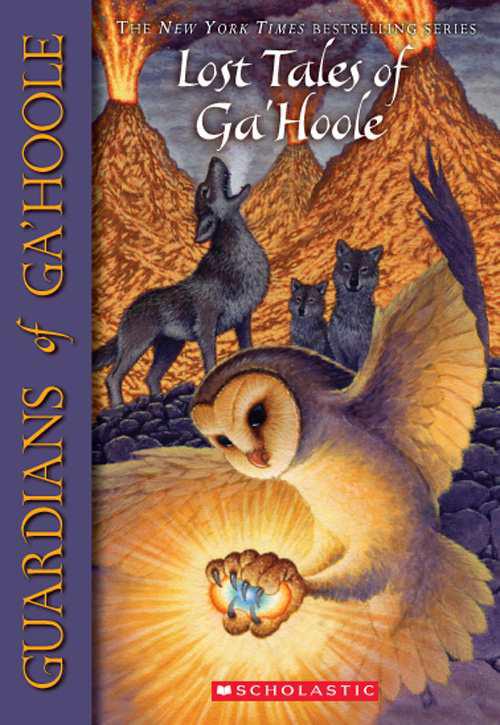 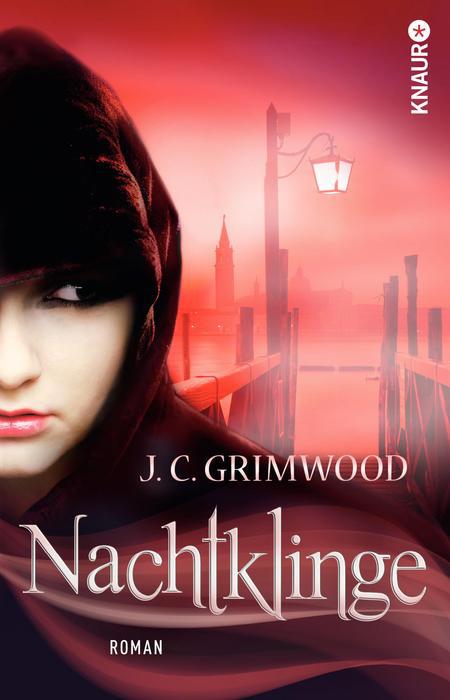