itself.
It wasn't always that simplistic. He supposed that was the word. He'd seen her drive herself to exhaustion, risk her life, to bring justice to the dead.
It was only one of the myriad facets of her he admired.
Now she was here, for him, dressed in sleek and elegant black, her only jewelry the diamond he'd once given her, dripping like a tear between her breasts, and her wedding ring. Her hair was short, a careless cap of dozens of shades of brown.
She watched the play with those cool cop's eyes, dissecting, he imagined, evidence, motive, and character, just as she would a case that landed in her lap. Her mouth was unpainted -- she rarely remembered or thought of lip dye. Her strong face with its take-me-on chin and its shallow cleft didn't need it.
He watched that mouth thin and those eyes narrow and gleam as the character of Christine Vole took the stand and betrayed the man she'd called her husband.
"She's up to something. I told you she was up to something."
Roarke danced his fingers over the back of Eve's neck. "So you did."
"She's lying," Eve murmured. "Not all the way. Pieces of lies. Where does the knife come into it? So he cut himself with it. It's not a vital point. The knife's a red herring. Not the murder weapon, which, by the way, they haven't introduced into evidence. That's a flaw. But if he cut himself slicing bread with the knife -- and everyone agrees he did -- why do they need it?"
"He either cut himself on purpose to explain the blood on his sleeves or by accident as he claims."
"Doesn't matter. It's smoke." Her brow furrowed. "Oh, he's good." Her voice lowered, vibrated with the intense dislike she'd developed for Leonard Vole. "Look at him standing in the... what is it?"
"The dock."
"Yeah, standing in the dock looking all shocked and devastated by her testimony."
"Isn't he?"
"Something's off. I'll figure it out."
She liked putting her mind to it, looking for the angles and the twists. Before her involvement with Roarke, she'd never seen an actual live play. She'd passed some time in front of the screen, had let her friend Mavis drag her to a couple of holograph acts over the years. But she had to admit watching live performers act out the scenes, deliver the lines, and make the moves took the whole entertainment aspect to a higher level.
There was something about sitting in the dark, looking down on the action that made you a part of it, while separating you just enough that you didn't have a real stake in the outcome.
It removed responsibility, Eve thought. The foolish and wealthy widow who'd gotten her skull bashed in wasn't looking to Lieutenant Eve Dallas to find the answers. That made looking for those answers an interesting game.
If Roarke had his way -- and it was rarely otherwise -- that rich widow would die six nights a week, and during two matinees, for a very, very long time for the amusement and entertainment of an audience of armchair detectives.
"He's not worth it," she muttered, drawn in by the action enough to be annoyed by the characters. "She's sacrificing herself, performing for the jury so they look at her as an opportunist, a user, a cold-hearted bitch. Because she loves him. And he's not worth a damn."
"One would assume," Roarke commented, "that she's just betrayed him and hung him out to dry."
"Uh-uh. She's turned the case on its ear, shifted it so that she's the villain. Who's the jury looking at now? She's the center, and he's just a sap. Damn smart thinking, if he was worth it, but he's not. Does she figure that out?"
"Watch and see."
"Just tell me if I'm right."
He leaned over, kissed her cheek. "No."
"No, I'm not right?"
"No, I'm not telling, and if you keep talking, you'll miss the subtleties and the dialogue."
She scowled at him but fell silent to watch the rest of the drama unfold. She rolled her eyes when the not guilty verdict was read. Juries, she thought. You couldn't depend on them in fiction or in real life. A panel of twelve decent cops would have convicted the bastard. She started to say so, then watched Christine Vole fight her way through a crowd of spectators, who wanted her blood, into the nearly empty courtroom.
Eve nodded, pleased when the character confessed her lies and deceptions to Vole's barrister. "She knew he was guilty. She knew it, and she lied to save him. Idiot. He'll brush himself off and dump her now. You watch."
Eve turned her head at Roarke's laugh. "What's so funny?"
"I have a feeling Dame Christie 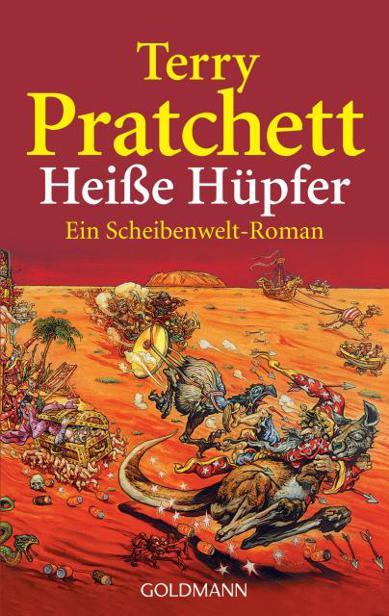