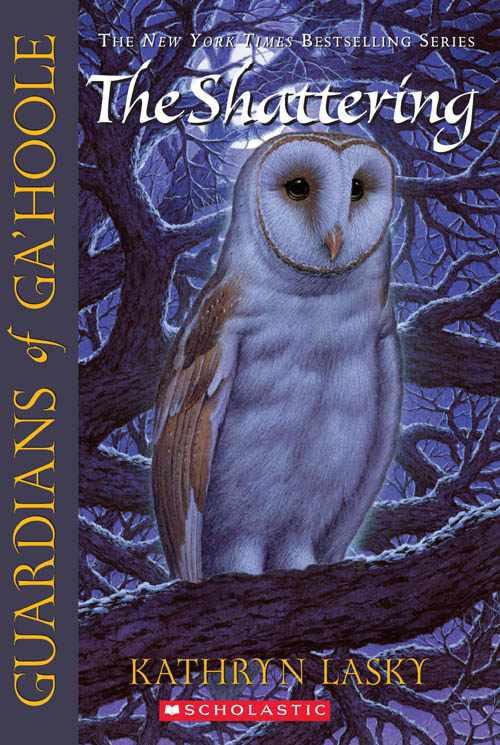 Guardians of Ga'Hoole 05 - The Shattering

CHAPTER ONE
A Friend in Need?
W ake up, Eglantine! Wake up!” Primrose, Eglantine’s hollowmate, was vigorously shaking her. “You’re just having a bad dream.”
“Oh, for Glaux’s sake, let her sleep,” said Ginger, the newest hollowmate. Ginger was a Barn Owl who had actually been part of the attacking forces during the terrible siege of the previous winter. She had been wounded, but during her recovery she had decided that she’d had enough of the Pure Ones, and much preferred life in the Great Ga’Hoole Tree. She had not yet, of course, been approved for training as a Guardian. That would require some time. Nonetheless, Eglantine had taken her under her wing, so to speak, and become a kind of big sister to Ginger during her recovery. They had grown quite close in the process. But Primrose was still Eglantine’s best friend in the tree.
“Let her sleep?” Primrose swiveled her head toward the reddish Barn Owl. “Let her continue to have this awful dream?”
Ginger merely sighed and said, “She’s tired. She needs her sleep, bad dream or not.”
Suddenly, Eglantine’s eyes flicked open. “Why in the name of Glaux are you shaking me? I was having the loveliest dream.”
“Loveliest dream?” Has she lost her mind? thought Primrose. “You were screaming your head off about being dead or not dead, Eglantine.”
Eglantine blinked. “No, I wasn’t,” she replied defiantly. “I was having a wonderful dream about the old hollow in the fir tree back in Tyto where Soren and I lived with our mum and da. And I was just about to go into the hollow. Something wonderful was about to happen, and then you came along and shook me.” She looked accusingly at Primrose. Ginger pretended she wasn’t paying any attention and commenced humming a little owl ditty that Eglantine had taught her.
Now it was Primrose who blinked at Eglantine. Something about her friend seemed different. She’s seemed different for a while, Primrose thought. Is it just my imagination? It must be my imagination. What if she doesn’t want to be my friend anymore? Primrose didn’t think she could stand that. She had to stop thinking this way. She and Eglantine were best friends. They had been from the very start, from the dayEglantine had been rescued. Why, she herself had been on the rescue mission that had found Eglantine.
Like most of the young owls in the Great Ga’Hoole Tree, Primrose had also been rescued by the Guardians. She had lost everything in a devastating fire that had swept through the forest of Silverveil. In a matter of minutes her hollow, her homeland, her parents, and even the eggs of her future brothers and sisters had been destroyed. But since her rescue, life at the Great Ga’Hoole Tree had been wonderful, and the best part was having a best friend. It didn’t matter that she was a Pygmy Owl, quite small, and that Eglantine, a Barn Owl, was huge by comparison. They had so much in common. They were so much alike. No, she’d never find another friend like Eglantine.
“Look,” she said to Eglantine, “I’m sorry I woke you from your nice dream. It looked like a nightmare to me. I just couldn’t stand hearing you cry like that.”
“It’s all right, Primrose, don’t worry. I know you meant well.” Eglantine said it softly, and then repeated, “Don’t worry. I’m going right back to sleep and finish my nice dream.”
But Primrose was worried.
Within a few minutes it would be tween time, those slivers of seconds between the last minute of the day and the first of the evening. It was a lovely time, especially in summer as it was now. The sky turned a soft lavender just as the sun began to slip away. Sometimes there were streaks of pink and a fragile light limned every leaf and blade of grass, making everything stand out with special beauty. Primrose sat on the branch just outside her hollow and watched the subtle transformation of the lovely Island of Hoole as the light played across it. How close they had come last winter to losing it all to the terrible owls known as the Pure Ones, who were led by Kludd, the brother of Eglantine and Soren.
How fragile life is, thought Primrose, how fragile everything is, including friendship. And once more she felt a tremor deep within her gizzard, where all owls feel their most intense feelings.
She could not dwell upon this, she realized. She was now up for the evening, and the rest of the tree would soon be up as well. Perhaps she would go to the
Vom Netzwerk: 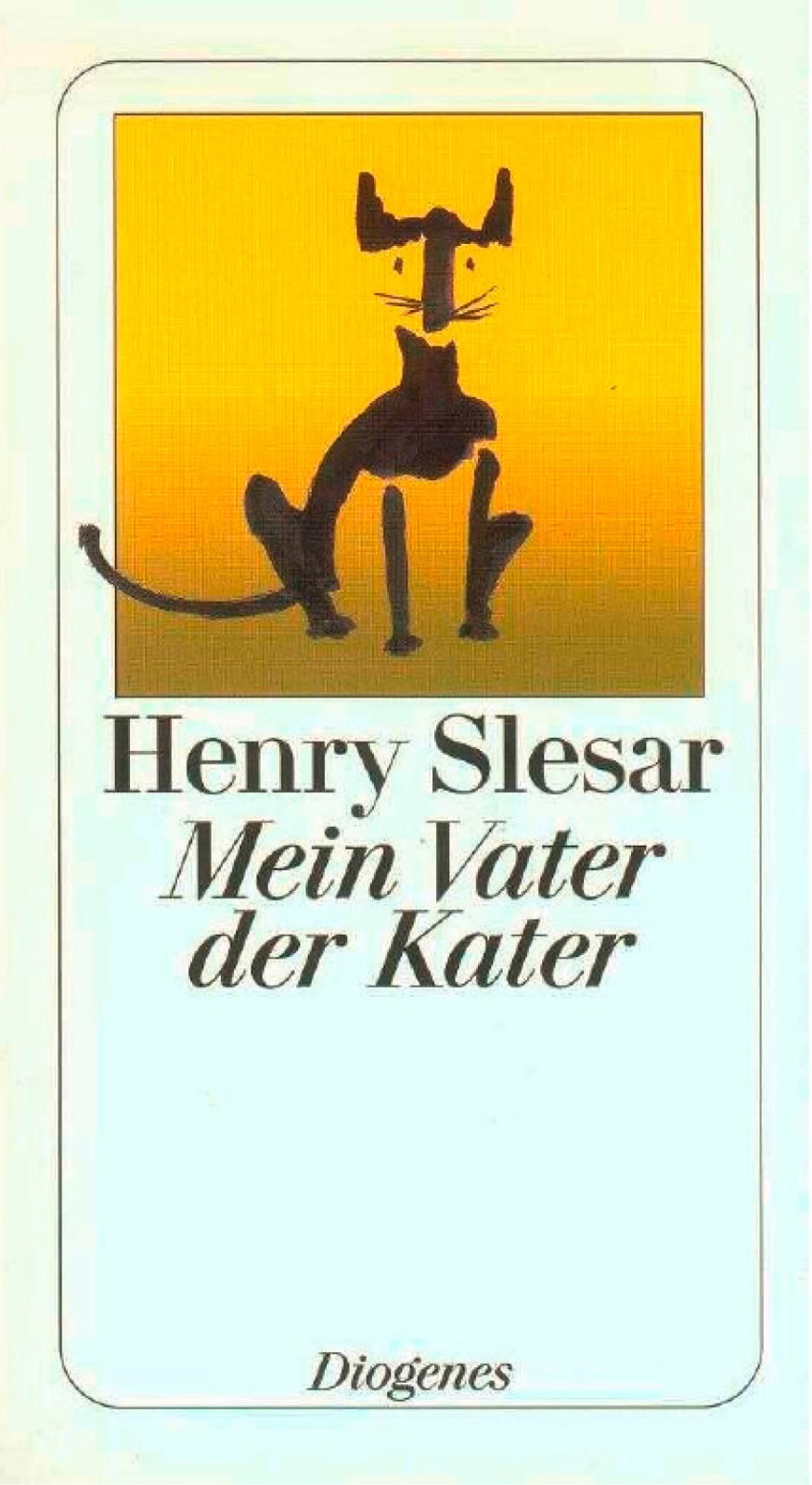 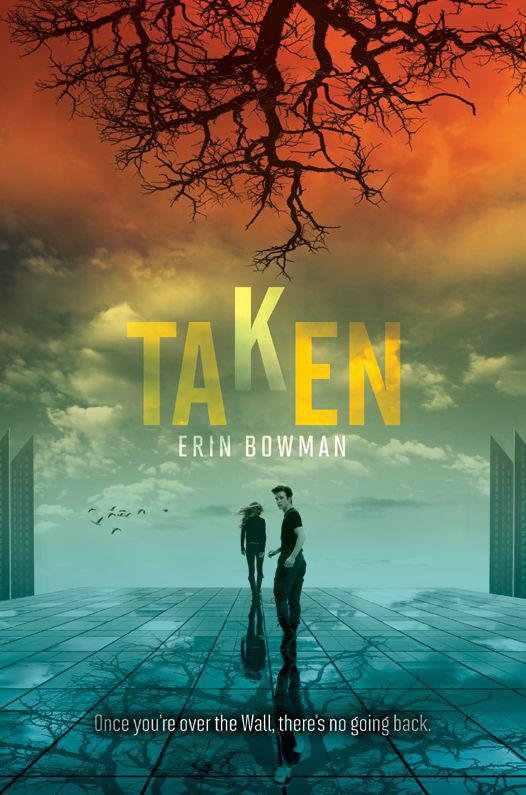 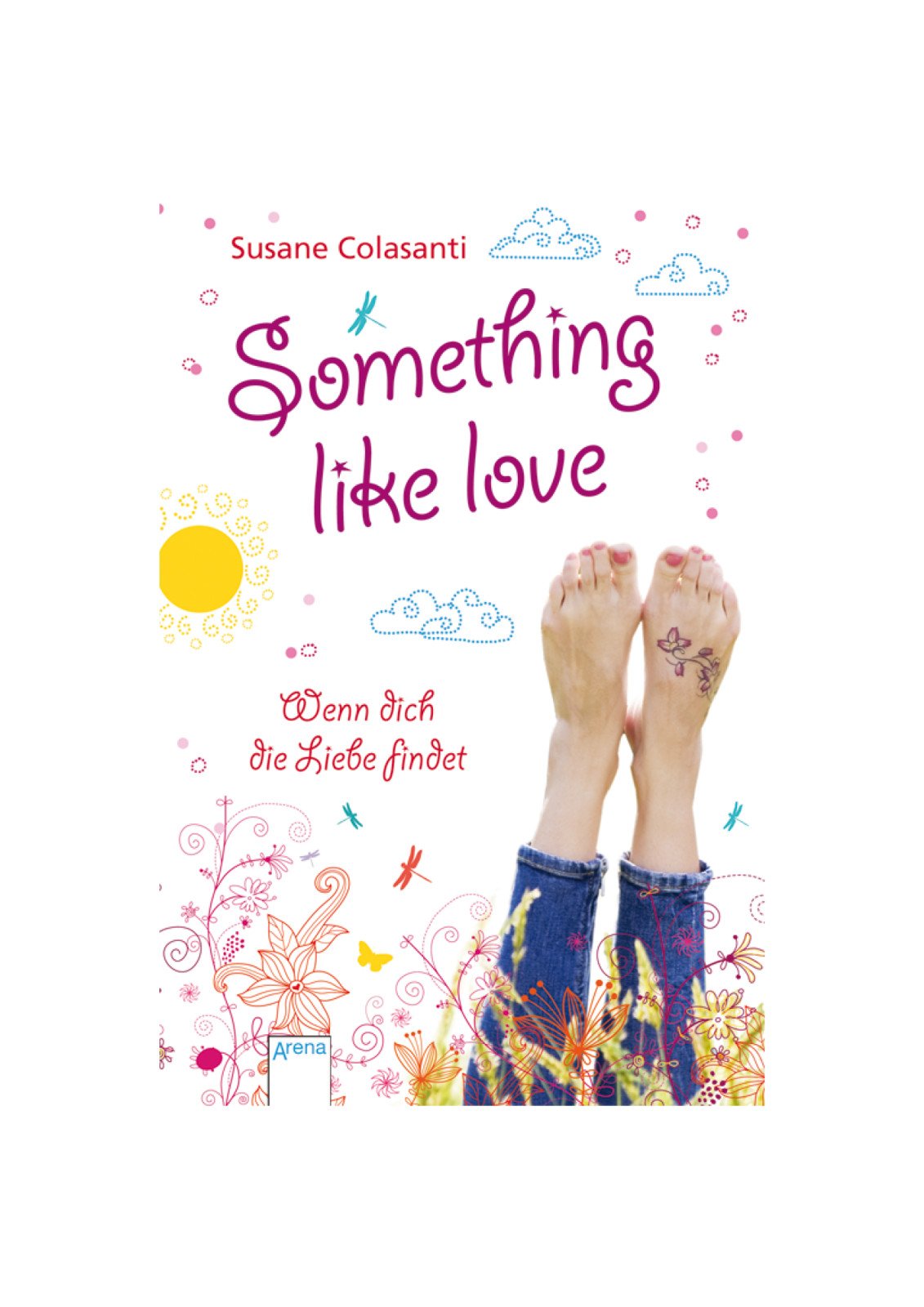 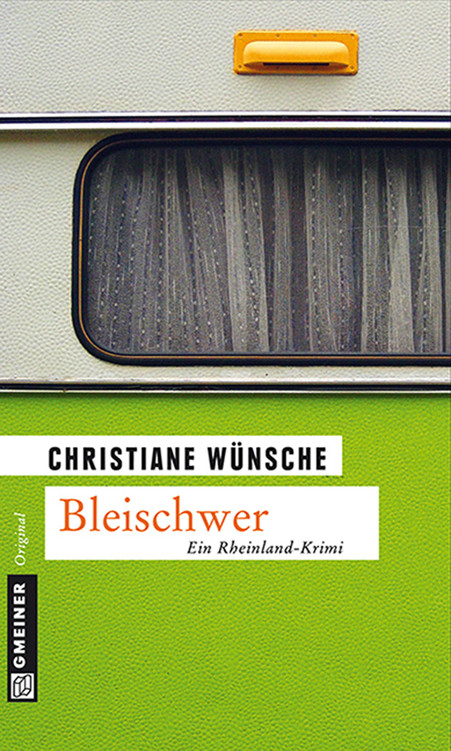 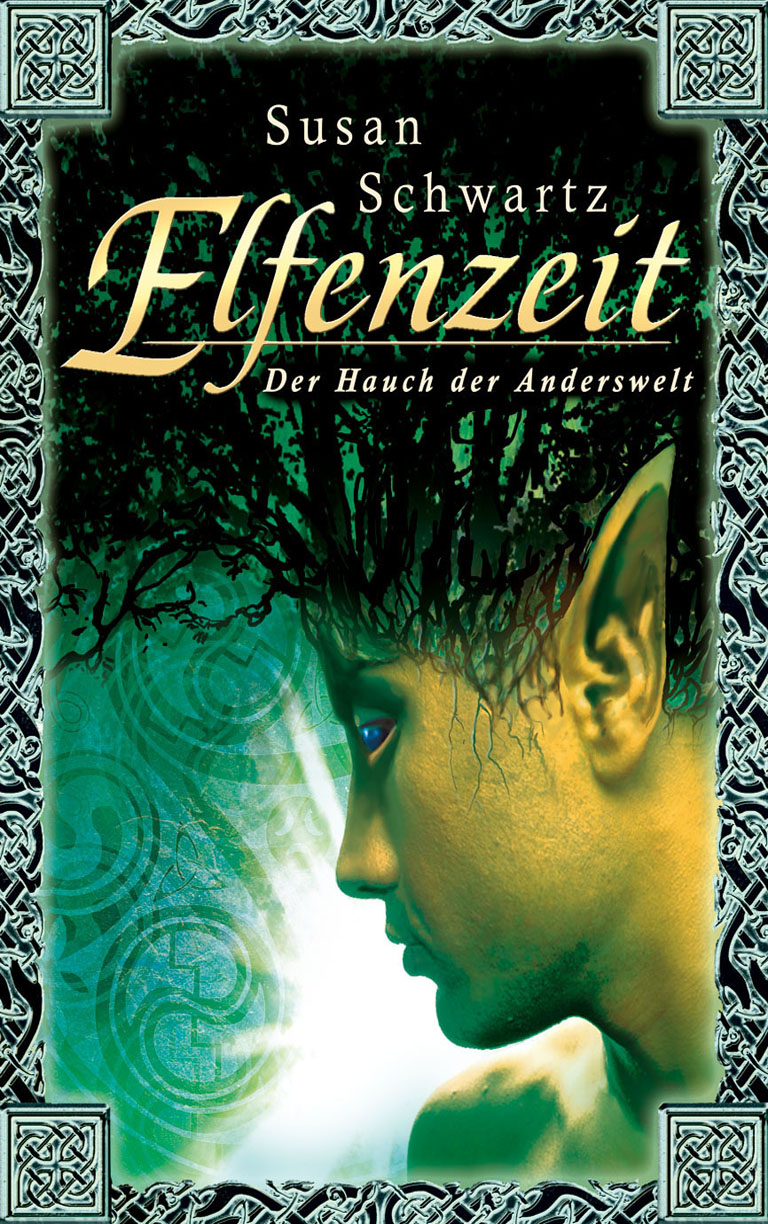 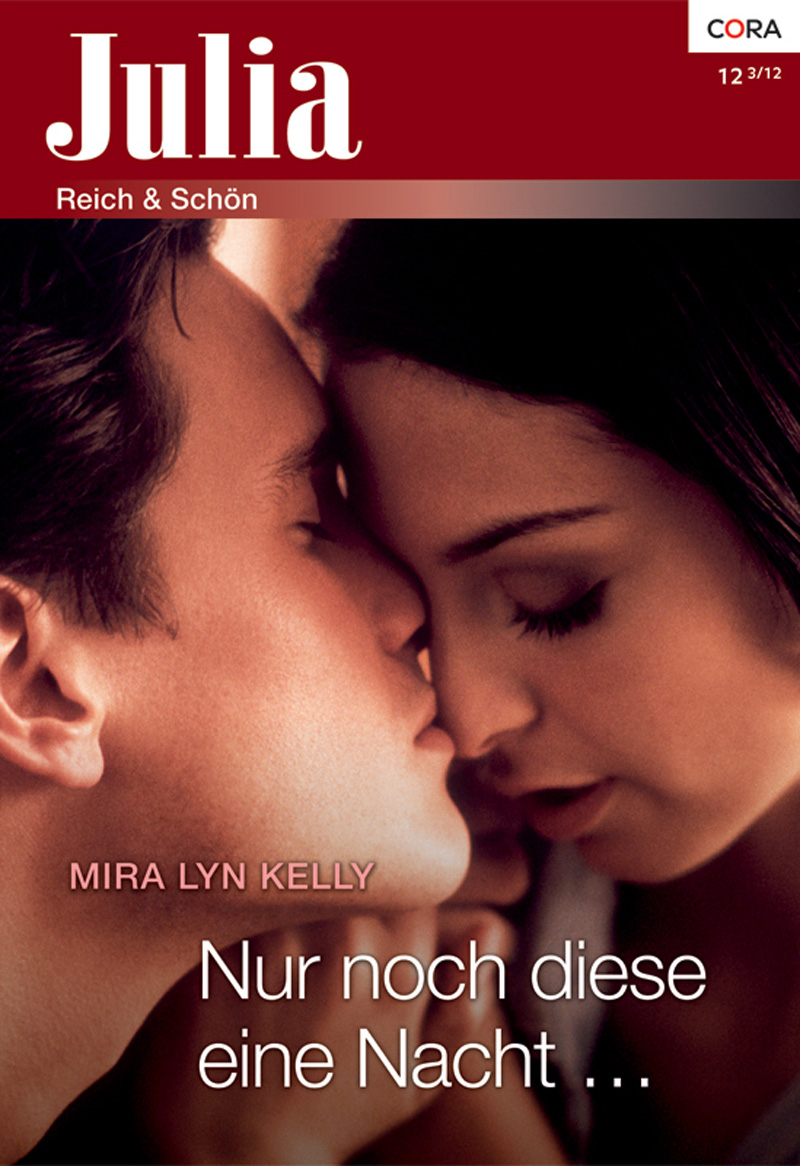 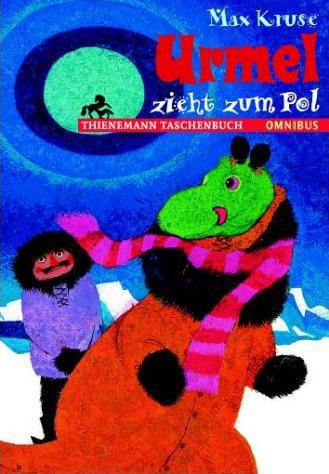